Run Toward the Lion’s Roar: Let’s Prepare to Face our Biggest Fears in 2011

Run Toward the Lion’s Roar: Let’s Prepare to Face our Biggest Fears in 2011

As we wrap up 2010 with parties and planning for 2011 projects, it may also be a good time to consider what you really want to accomplish in the New Year. I’m not talking about the typical list of well-intentioned resolutions that are often forgotten by February.  I’m talking about reflecting on where you would like to be more effective in your life, but aren’t, for fear of trying new behaviors.

One of my favorite stories that I think about in so many different personal and professional situations is the lion’s roar. In the animal kingdom, when lions see a heard of prey, like gazelles or antelopes, they strategize on how they can maximize capturing the most prey for their pride. The older lions, many of whom have lost their teeth and are not capable of running very far (but still have strong roars) get on one side of the field. The young, virile lions who can run far, get on the other side. Then, the roaring begins. Over and over again, the old and weak lions roar. The scared antelope and gazelles run exactly in the opposite direction of the roars…into the open jaws of the younger lions. Now imagine, if these gazelles knew to run toward the roar. They are faster and would have a much bigger chance of saving most of their herd from the feeble old lions.

I come back to this story many times with my clients – whether it’s my client who is apprehensive about confronting the poor performance of some of his employees; the client with a fantastic business idea that she has been researching for years, but is too afraid to take the critical first steps to launch her enterprise; or the client who needs to better engage his coworkers to function as a single team in order to deliver the type of quality service their customers rely on. My goal for all of them is to start with one goal – run toward the roar.
Feels risky, right? The truth is that doing the thing that we fear most is usually exactly what we need to do — to achieve what we want the most.

Now here is an Am I Running toward the Roar checklist to help you identify if you have an area where you may not be reaching your potential:

If you are ready for action, pick one fear, write one thing you can do each week to confront this fear and get an accountability/thought partner or a coach who will support you and help you run toward the roar…over the old feeble lions to a place of success and freedom.  To read more in depth about the three clients I described, click here. 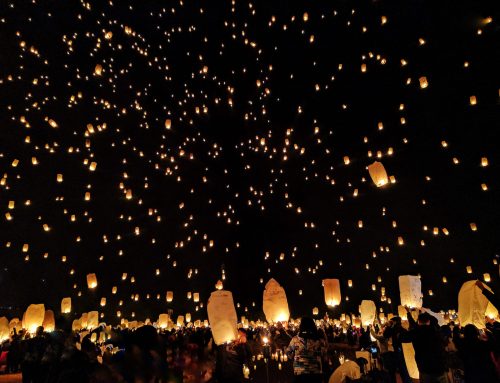